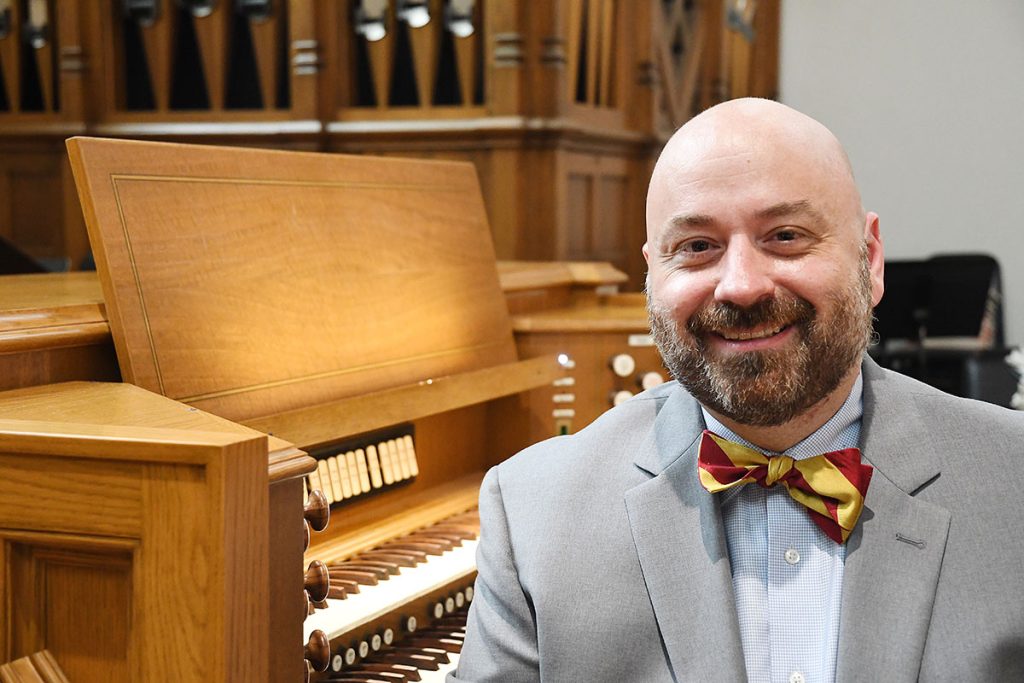 THOMAS FIELDING is director of music and liturgy for St. Augustine Cathedral,  Kalamazoo, MI and is a graduate of the Indiana University Jacobs’ School of Music where his principal teacher was Christopher Young. Fielding has taken first prize in the national Arthur Poister (Syracuse, NY) and San Marino (CA) performance competitions, and has won several national composition prizes. He has played recitals both in this country and abroad. His scholarly work has been featured in The American Organist magazine. His works have been  performed by soloists, choirs and orchestras throughout the U.S., Canada, Europe, and Asia. His compositions also have been broadcast on National Public Radio on Weekend Edition and Pipedreams.