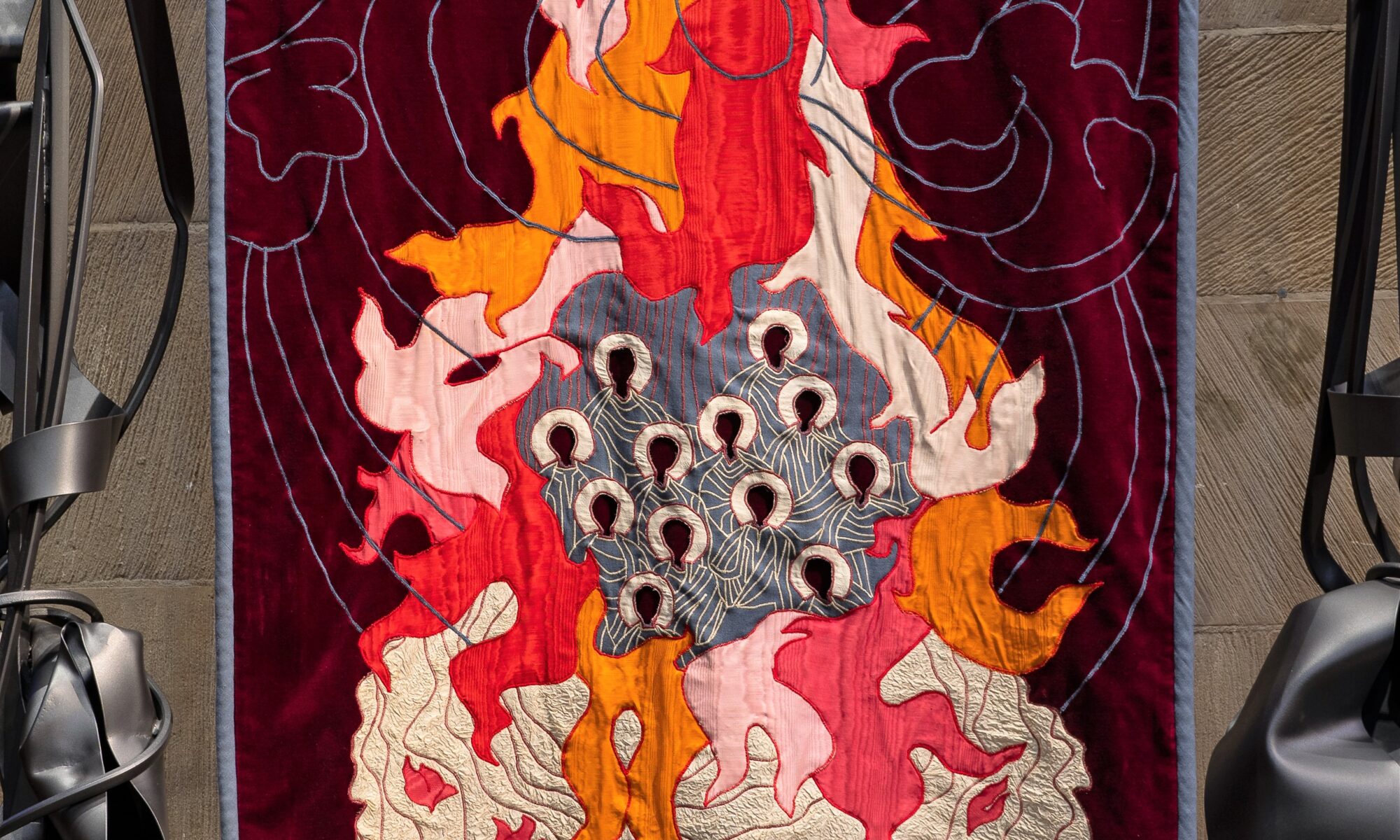 This banner was inspired by Acts 1:6-8 which says “you will receive power.” Sister Mary Corita (1918-1986) also influenced the creation of this banner. She created banners with words on them and integrated the words into the design. They often reflected her concerns about poverty, racism, and war and her message of peace and social justice.

The Pentecost symbols of the great wind, fire and dove are integral to the design. Also influencing Deborah were how the Chinese represented fire: fire coming down as we see at the top of the banner; along with Italians where we see flames above the heads of the Disciples. These nimbi or auras around the heads, after the coming of the Holy Spirit, could speak in tongues and communicate with the world, are represented in the white area. One sees little flames or tongues that represent this communication. The blue lines at the top represent the wind.