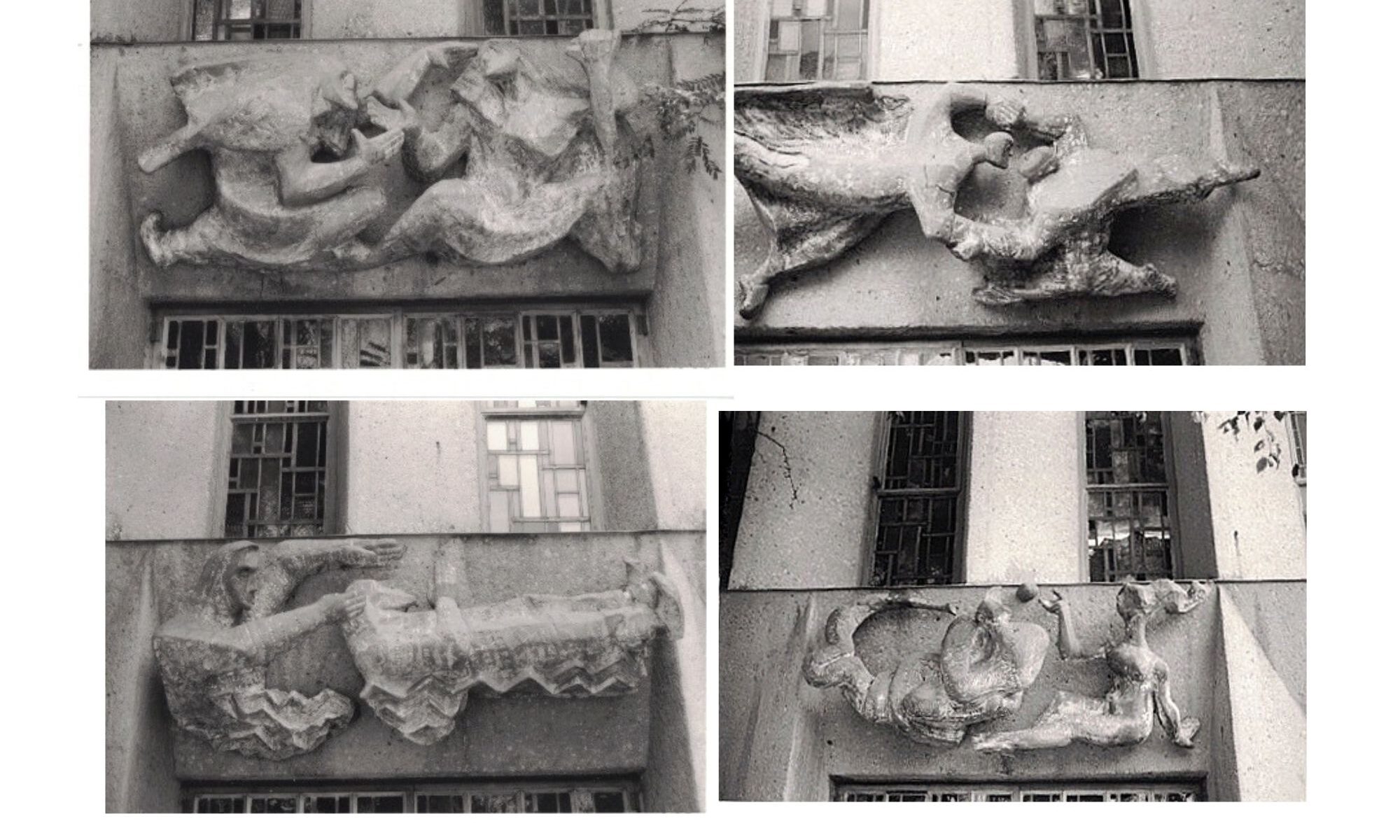 Created by sculptor William J. Thompson for First Congregational Church when he was teaching at OSU. 4 cast concrete sculptures, each depicting a different Biblical scene, located above double entrances leading into the Education Wing and attached to the building. Each sculpture is somewhat abstract in design, and stands out a few inches from the building surface, giving it the appearance of floating in space. (Please note: that two of these sculptures are in serious dis-repair and have been removed from the west side of the building.

The late William J. Thompson, a renowned sculptor and print-maker, was born in Denver, Colorado, in 1926 to a deeply Catholic family. His interest in art was piqued early, and it was intensified during a convalescence from scarlet fever at the age of 14, when he was given a book about Michelangelo. With support from his mother and an older cousin, he studied art at the Rhode Island School of Design, interrupting his studies to serve in the Army in 1946. He returned to school afterward and received his Master of Fine Arts degree from the Cranbrook Academy of Arts in Michigan in 1352. In addition to Michelangelo, Thompson was influenced by such masters as Auguste Rodin, Georges Rouault, Ernst Barlach, and Jacob Epstein.