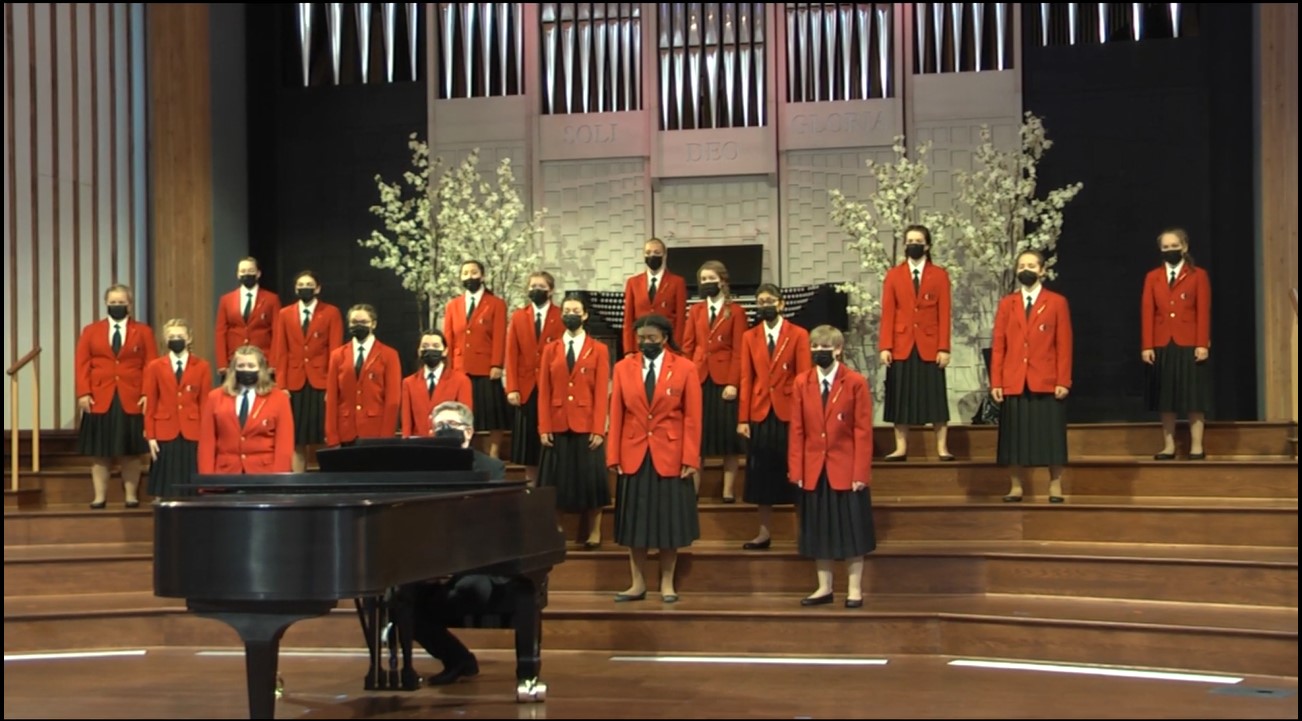 The choir is comprised of students in sixth through twelfth grades. They possess the technique and artistry to perform with world-class ensembles such as the Columbus Symphony, Opera Columbus, and the Vienna Boys’ Choir. On the international stage, the New World Singers have performed in Germany, Russia, Italy, France, Canada, Austria, the Czech Republic, Hungary, Slovenia, and Spain. In 2021, they won Grand Prize at the Youth International Choral Competition and the Rimini International Choral Festival Competition, where they received first place in both equal voices and children’.s choir divisions.

JEANNE WOHLGAMUTH, artistic director of the COLUMBUS CHILDREN’S CHOIR has been a tireless advocate for children at all levels, from kindergarten through college. She recently retired from Dublin Jerome High School as Director of Choirs and Performing Arts Chair. She is currently serving her tenth year as Artistic Director of the Columbus Children’s Choir. Mrs. Wohlgamuth’s passion lies in developing music literacy in her singers. Currently, she is the President-Elect of the Ohio Choral Directors’ Association and Vocal Affairs Chair for the Ohio Music Education Association. She is also a member of the Kiwanis Club of Columbus, where she serves on the Music and Arts and the Young Children Priority One Committees. In 2023 she will lead her first choral festival/residency at Carnegie Hall. She will also serve as guest conductor for the 2023 Organization of America Kodaly Educators National Women’s Concert Choir and, in 2024, will conduct the Georgia All-State Middle School Treble Choir. Ms. Wohlgamuth is proud to have received the 2021 Professor Veneta Vicheva International Conductor’s Mastery Award and the 2021 Best Conductor award of the Rimini Internal Choral Competition. She was awarded the 2020 National Teacher of the Year from the Organization of Kodaly Music Educators. In 2021 she was inducted into the Dublin Jerome High School Hall of Fame.