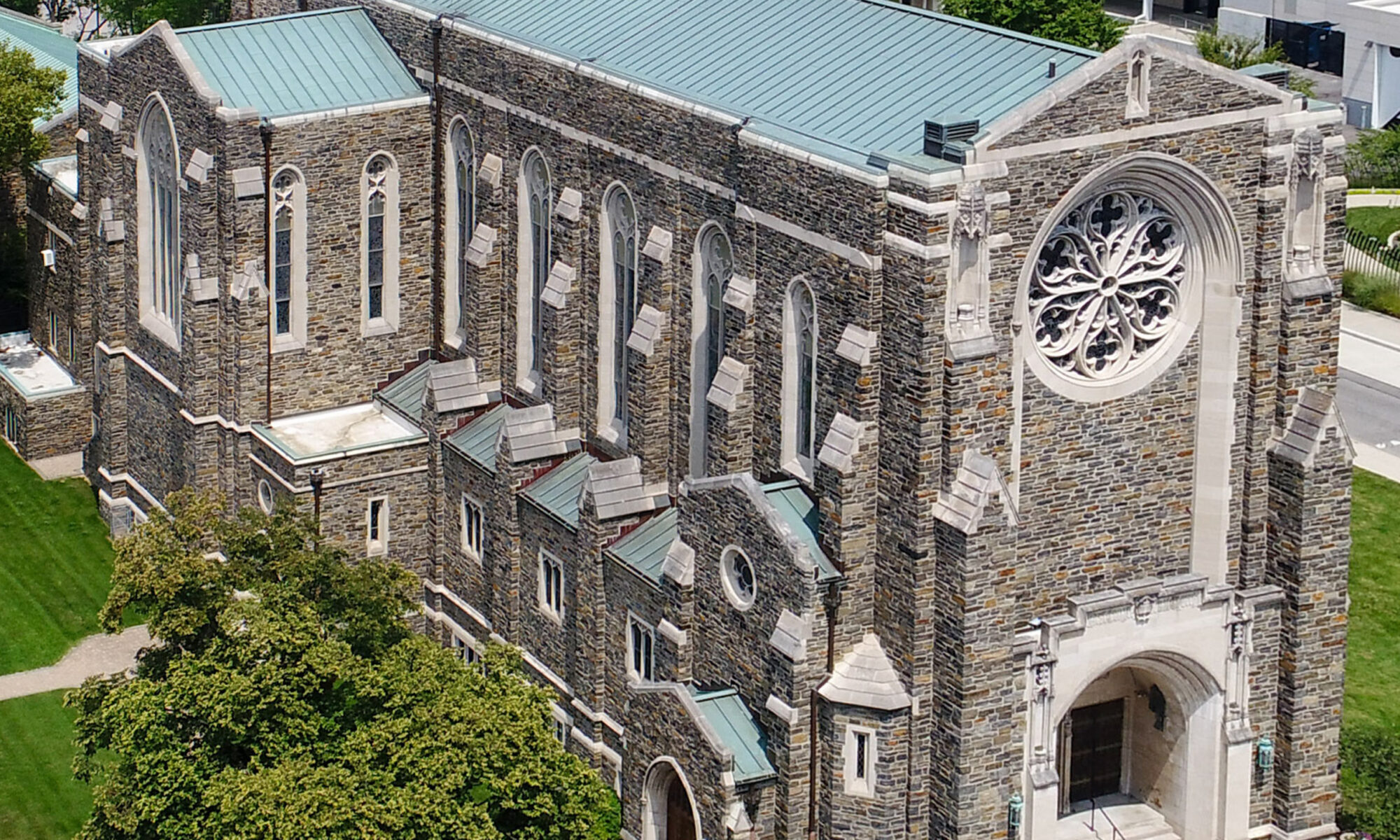 The Neo-Gothic style is based on English and French designs of the 13th and 14th centuries. The building was designed by renowned American architect John Russel Pope (1874-1937). Pope is best known for his national iconic architecture: The Jefferson Memorial, The National Archives, The National Gallery of Art and other prominent buildings in Washington D.C. and elsewhere.

As an architectural style, the development of Gothic was primarily associated with ecclesiastical buildings. The pointed arches, ribbed vaulting, and buttresses all shift weight away from the walls making it possible to create large openings for windows. Stained glass making flourished. In contrast, the earlier Romanesque buildings had walls of massive thickness with few and relatively small openings.

As with many Gothic churches it is laid out in the shape if a cross. It consists of the Nave, the Chancel (Often called the Altar) and an east and west transept. The crossing is where the Nave and the Transepts intersect.

“The cross in short, must become the very structure of the Christian life. And this is why medieval Christians worked the cross into the structures of most sacred buildings. They determined that when we gaze at the splendor of the cathedral… we are gazing inescapably at the cross. As we walk through it we are unavoidably walking through the cross. The cruciform cathedrals teach us that we must never forget what God has done on our behalf, and we must never fail to make that love the structure and foundation of our lives.”

The crossing is where the Nave and the transepts intersect. Atop this crossing, on the roof, sits the fleche (steeple).

If you look closely upward you can see four wooded angels ‘holding up’ the fleche.

The Jeffrey window behind the altar, the large windows in the east and west transepts, known as the Gladden and the Friendship windows and the Rose window were all original to the building. All other original windows installed were with simple Cathedral glass of pasted colors in a diamond grid. Those windows have been replaced over the years with the beautiful stained glass that is there today.

As visitors enter the Nave, they are awed by the soaring vault, the elaborately carved wood, two 15th century tapestries and the impressive Beckerath organ. Then the eye is inevitably drawn to the magnificent windows that fill the space with transcendent light. As it moves slowly and silently throughout the day, it creates at times a soft glow and on bright days, vivid streams of color.