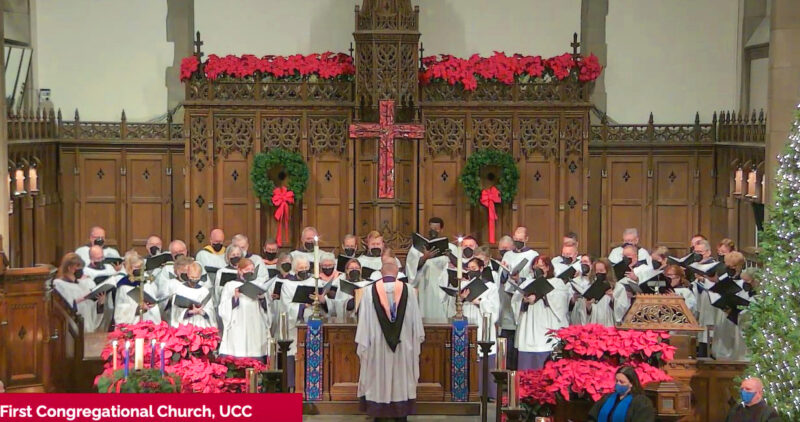 Based on ancient sources, the first service of this kind in modern times was held in Victorian England. Father E. W. Benson, later archbishop of Canterbury and father of E.F. Benson who authored the Lucia novels, began the practice of a Festival Service of Lessons and Carols in preparation for the Christmas Feast, first at Truro Cathedral (1880) and later at Canterbury Cathedral. Popularized by recordings from Kings College, Cambridge, this service has come to be associated with a traditional celebration of Christmas by millions of people throughout the world. It’s spirit and content sum up the true spirit of the season, while taking us in heart and mind to the Christmas celebrations of former times.

As we listen to the great music of the holiday season and as we sing the familiar hymns of Advent and carols of Christmas, let us remember the true Spirit of Christmas – that God came among us and dwelt among us. We called His name Jesus. It is his birth in a stable that we celebrate. A blessed Christmas season to all!

Prelude music begins at 3:30pm. Seating tends to fill up early for this annual service!

A Festival of Lessons and Carols December 2021